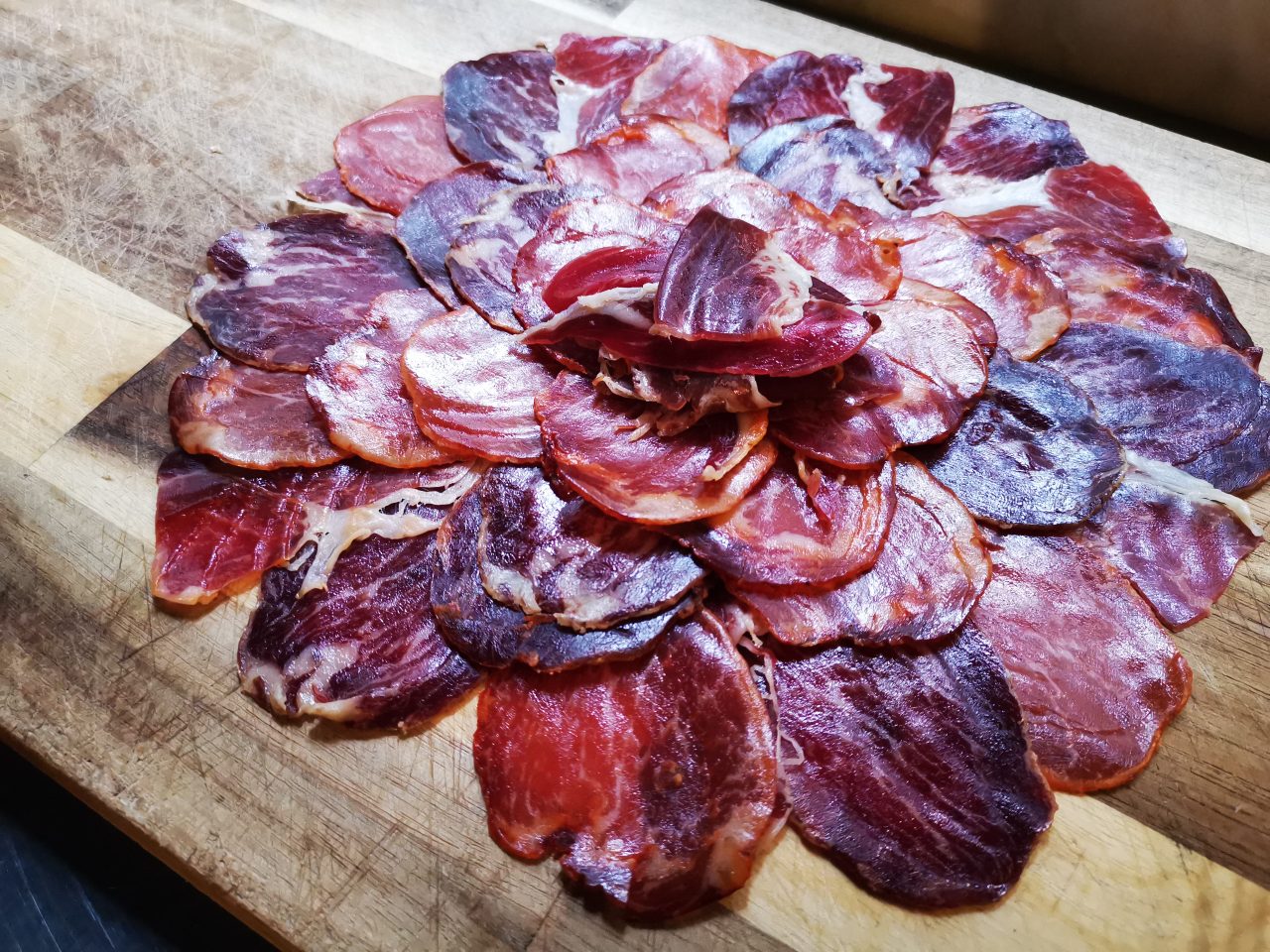 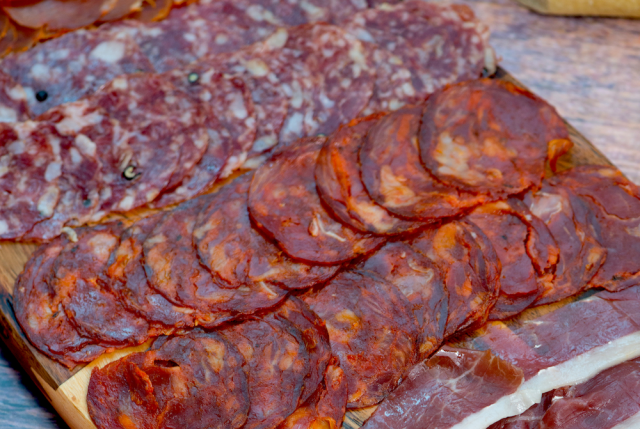 One of the Spanish cuisine features, for sure, is the cold cuts! This gastronomy is awesome on its own, such as the salami in the Iberico platter; and better when it is used as star ingredient in dishes like the chorizo in paella! To get you a closer look at this Mediterranean deli, here is some key information that you do not want to miss! 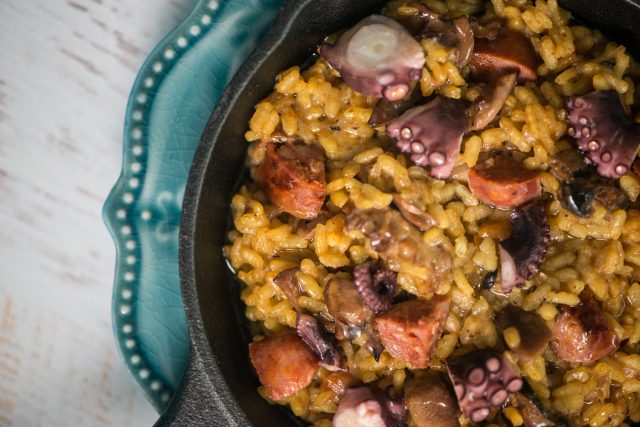 First of all, what actually are cold cuts? To put it simply, they are cured meats undergone salting, drying and aging. Curing, in the old days, was for slowing down the spoilage and preventing the growth of harmful bacteria. Now the technique is adapted for the unique texture and taste. As for the aroma of the meat, it depends much on the quality and the type of meat. Iberico pork is a beloved choice for its particular sweetness and fragrant flavour. Among the Iberico deli, it can be divided into: cebo meaning grain-fed and bellota meaning acorn-fed.

Cold cuts usually come in the form of dry-cured sausages or whole muscle meat slices. To better illustrate the two, here are some examples. 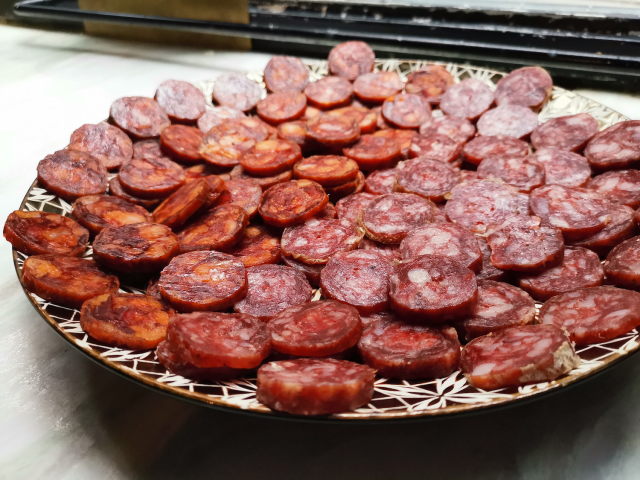 Chorizo and Salami are both well-known Spanish sausages (salchichon in spanish). To tell the two apart, chorizo is in brighter red and relatively spicier with the use of smoked pimenton chillies and paprika. 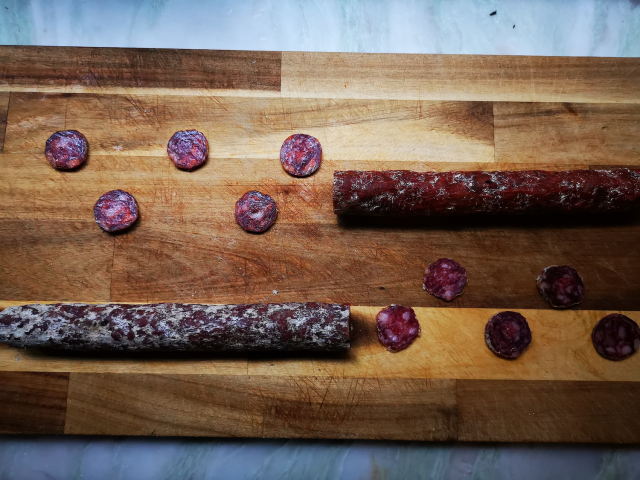 The most reputed Spanish sausages are Iberian chorizo and salami. Made from Iberico pig, the Iberico chorizo and salami are ready to slice and serve with a good Spanish red wine. This pig meat is dark red and marble with delicate fat, ideal for the preparation of this intensely flavored chorizo and salami. With the colour and aroma, they are a delight in sight and smell. 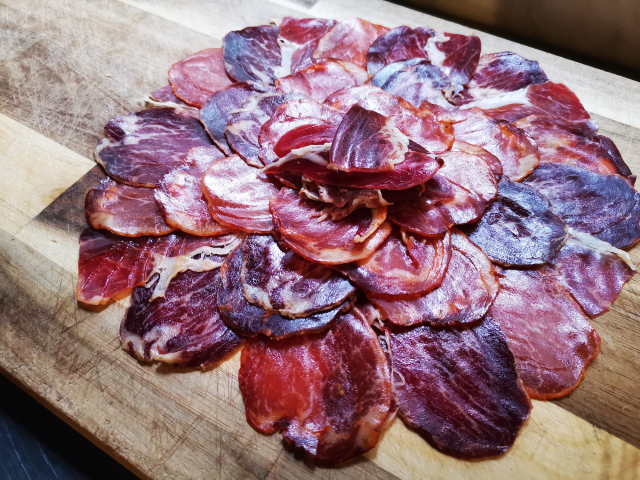 The two kinds of meat are from two different parts of the pig. “Lomo” is the Spanish word for loin which is a large, long muscle joined to the spine. Its colour can be seen from pink to red. “Lomito”, on the other hand, refers to the tenderloin located between the shoulder blades. It consists of layers of muscle alternating with layers of fatty muscle constituting to its unique marbling. “Lomito” is often in darker red with garnet tones. 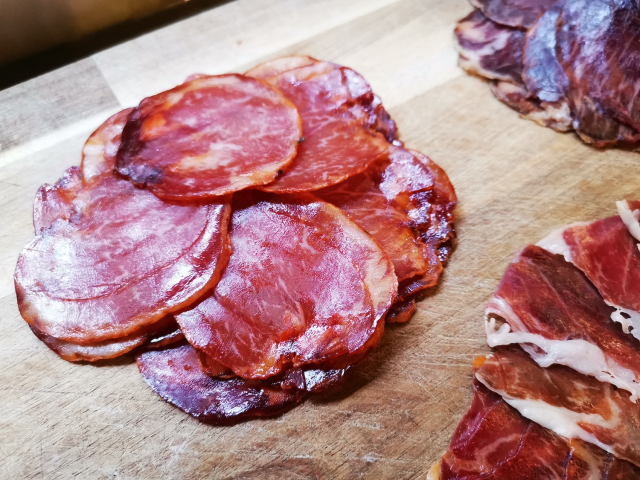 Classified as premium meats, lomo and lomito are mostly made of bellota Iberico pork. They are carefully cut out whole by the professional Spanish butchers. After fat removal, they are cured with a variety of fine seasonings and are put into natural castings. The two noble cuts are meaty and elegantly marbled. Lomito, in particular, contains an explosion of flavours and higher oleic infiltration. 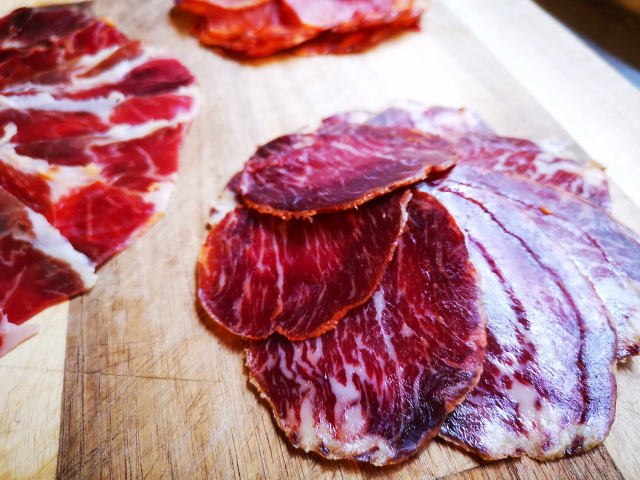 Despite the variance in the cold cuts, they are popular appetisers and the perfect ingredients for dishes. To explore more about the delicacy, you don’t necessarily have to go to Spain! Find them in Pata Negra House! They source from small farms that specialise in making the meat deli of the best quality. Visit their supermarket counters (see below) or order on the tip of your fingers here: